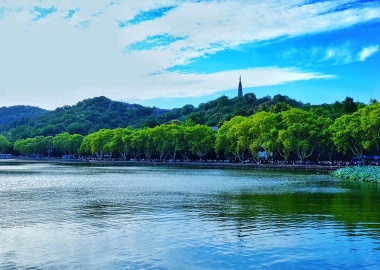 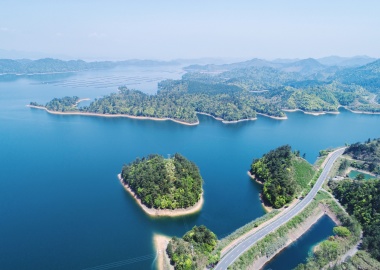 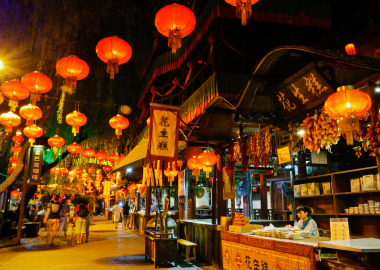 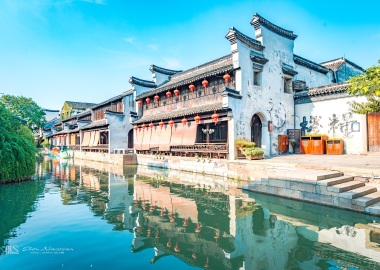 Hangzhou is located along Southeast coast of China. It is the capital of Zhejiang Province, the center of politics, economy, science, education, and culture of the province. Hangzhou is a key national tourism city, historical city and vice provincial level city as confirmed by the State Council. Hangzhou is renowned as “Paradise on Earth”, “Cultural State”, “Home of Silk”, “Tea Capital”, “Town of Fish and Rice” Eight districts, respectively Shangcheng, Xiacheng, Gongshu, Xihu, Jianggan, Binjiang, Xiaoshan, and Yuhang, and five counties (cities), respectively Fuyang, Lin’an, Jiande, Tonglu, and Chun’an, are under the governance of Hangzhou City. The total area of the city covers 16,596 Km2 with a population of 6,776,400 (December, 2008).

Hangzhou has enjoyed a history of over 2,200 years since the county administration was established in Qin Dynasty. It is one of the cradles of Huaxia (China) Civilization. As early as over 5,000 years ago, there were human beings multiplying and living in Hangzhou area, creating Liangzhu Culture known as the Dawn of Civilization. The archaeological discovery of Liangzhu ancient city ruin in 2007 pushed even earlier the recorded history of Hangzhou civilization. Hangzhou, one of the seven ancient capitals of China, was the capital of Wuyu State, of the Five-Dynasties and also the capital of the Southern Song Dynasty. In the 13th century, the Italian traveler Macro Polo admired Hangzhou as “the Most Splendid and Luxurious City in the World”. Hangzhou was called Qiantang in ancient time. In the ninth year of Kaihuang of Sui Dynasty (589), Hangzhou was founded to replace the original Qiantang County and the name of Hangzhou was recorded for the first time in history. The Wuyu State of the Five-Dynasties(907-978) founded capital in Hangzhou. In the third year of Jianyan of Southern Song Dynasty (1129), Emperor Gaozong moved southward to Hangzhou and upgraded it as the site of the prefectural city of Lin’an. In the eighth year of Shaoxing (1138 ), Lin’an was officially determined as the capital, which lasted more than 140 years. In the fi rst year of the Republic of China (1912), the original Qiantang County and Renhe County were merged into Hangzhou County. In the 16th year of the Republic of China (1927), Hangzhou County was dismantled and Hangzhou was founded as a city. It was on May 3, 1949 when Hang zhou wa s lib e rate d t hat Hangzhou began to write its new chapter of development in history.